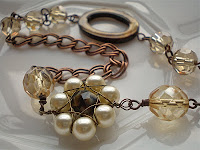 I've been ill with the flu these couple of days, but in between coughing and sneezing, I've managed to make a number of items. First up is a long necklace which a friend wanted me to make. She left everything up to me, except to insist that it be long. I came up with this. Here's a close-up of some of the details. 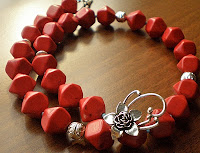 And then, out of the blue a friend's father called to ask if I could make a necklace. He was going to visit a friend overseas and wanted to give her a special gift. He asked that the necklace include coral and/or bloodstone as these were his friend's birthstones. I found some lovely coral nuggets and combined them with powder blue seed beads which I've had in my stash since 2007 and some beautiful sterling silver beads and rondelles. I hope to goodness he likes it. It's the first time I've made something as important as this, and using gemstones no less. I didn't get very good pictures but for what it's worth, here they are. 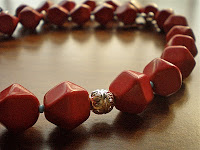 The silver clasp is from a wonderful friend who gave me several clasps and pendants for my birthday this year. She's my enabler LOL. I also made a wire-wrapped ring with the one coral nugget that was left over. This post is so pic-heavy, I'll show the pic of the ring in the next post.
Posted by adlinah at 20:42 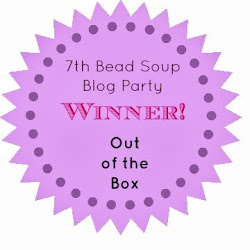 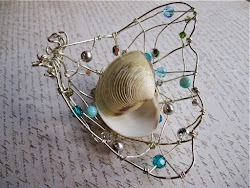 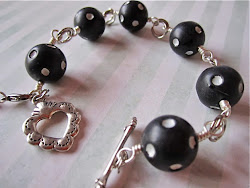